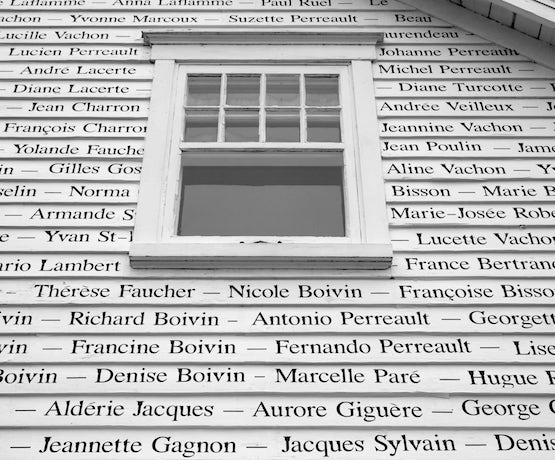 For five days in November 2020, a house in Sainte-Marie, Québec, identified all of its residents and neighbourson Saint Louis Avenue. Antoine Audet, Maude Faucher, James Audet… the list included hundreds of names inked on strips of white paper and pasted to the clapboards.

The ephemeral design was the project of Louis Gagnon, creative director of the Montréal-based studio Paprika who lived in the house as a child and wanted to honour its tenants and friends before it was demolished. Back in 2019, major flooding swamped the city, and the government required that the most damaged residences be razed. 283 Saint Louis was one of nearly 60 to be torn down that summer.

At the time, 93-year-old Béatrice Vachon had been living in the house for nearly seven decades. “She hoped to spend her twilight years at the same address,” the studio said. “Sainte-Marie is the kind of tight-knit community where everyone knows everyone, from one generation to the next. Here, neighbours saw children being born and growing up; and neighbours helping each other was simply a common practice. Very few people have ever walked away.”

As the city prepared for such life-altering change, Gagnon reached out to his sisters to help remember former residents, frequent visitors, and others with ties to the neighbourhood. Before printing the names, he tweaked an existing font to reflect the decorative architectural details, and many of the letters feature curved flourishes with upper points evocative of those on the front porch columns.

One photo of 283 Saint-Louis just before it was levelled shows Vachon standing outside her home plastered with the typographic tribute. “As darkness arrives, the house stands before its imminent destruction, bearing witness to a life of stories and memories,” Gagnon said. “A last homage. An act of resilience.”

By Grace Ebert, on Thisiscolossal.com, June 2022. 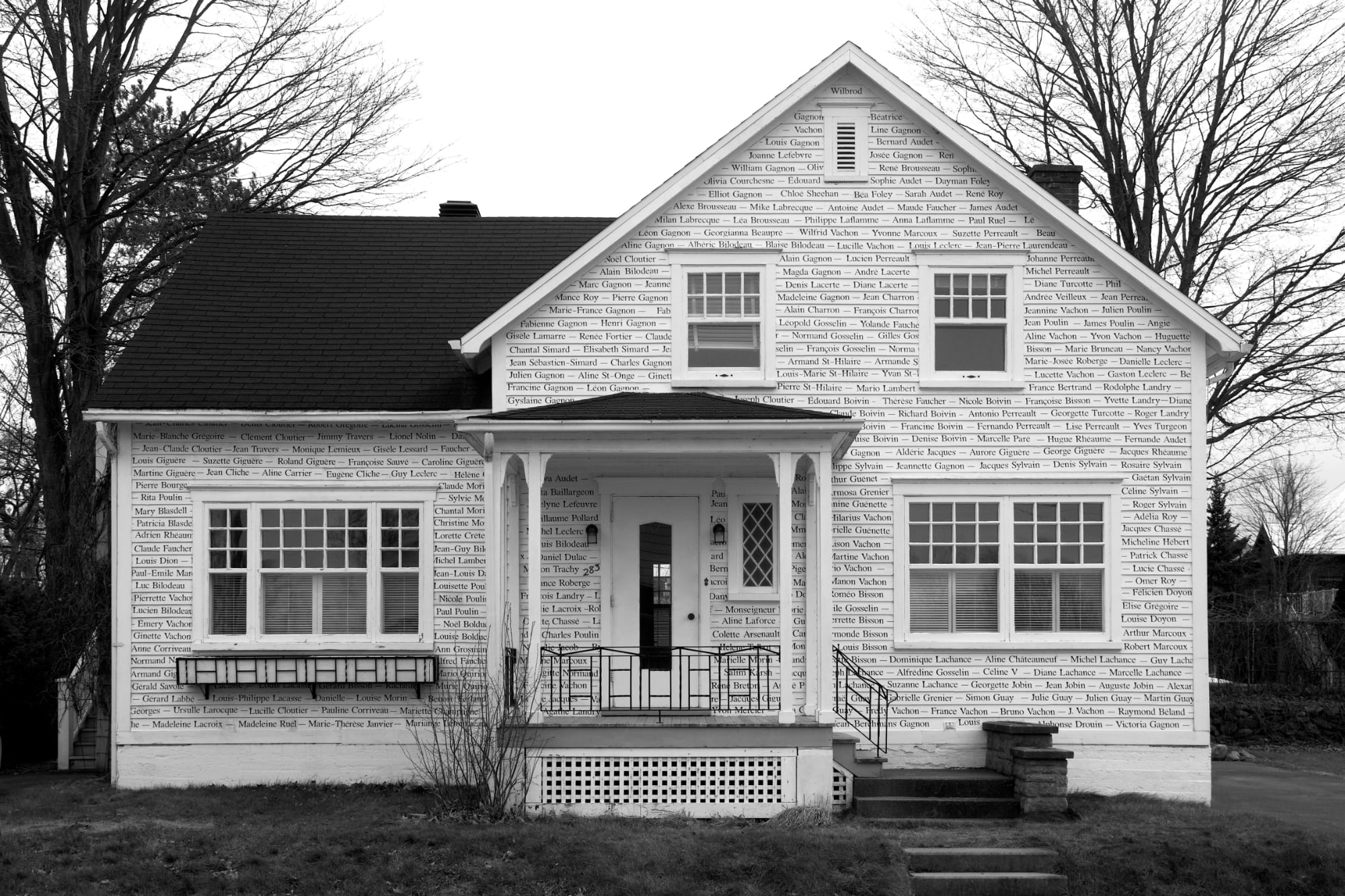 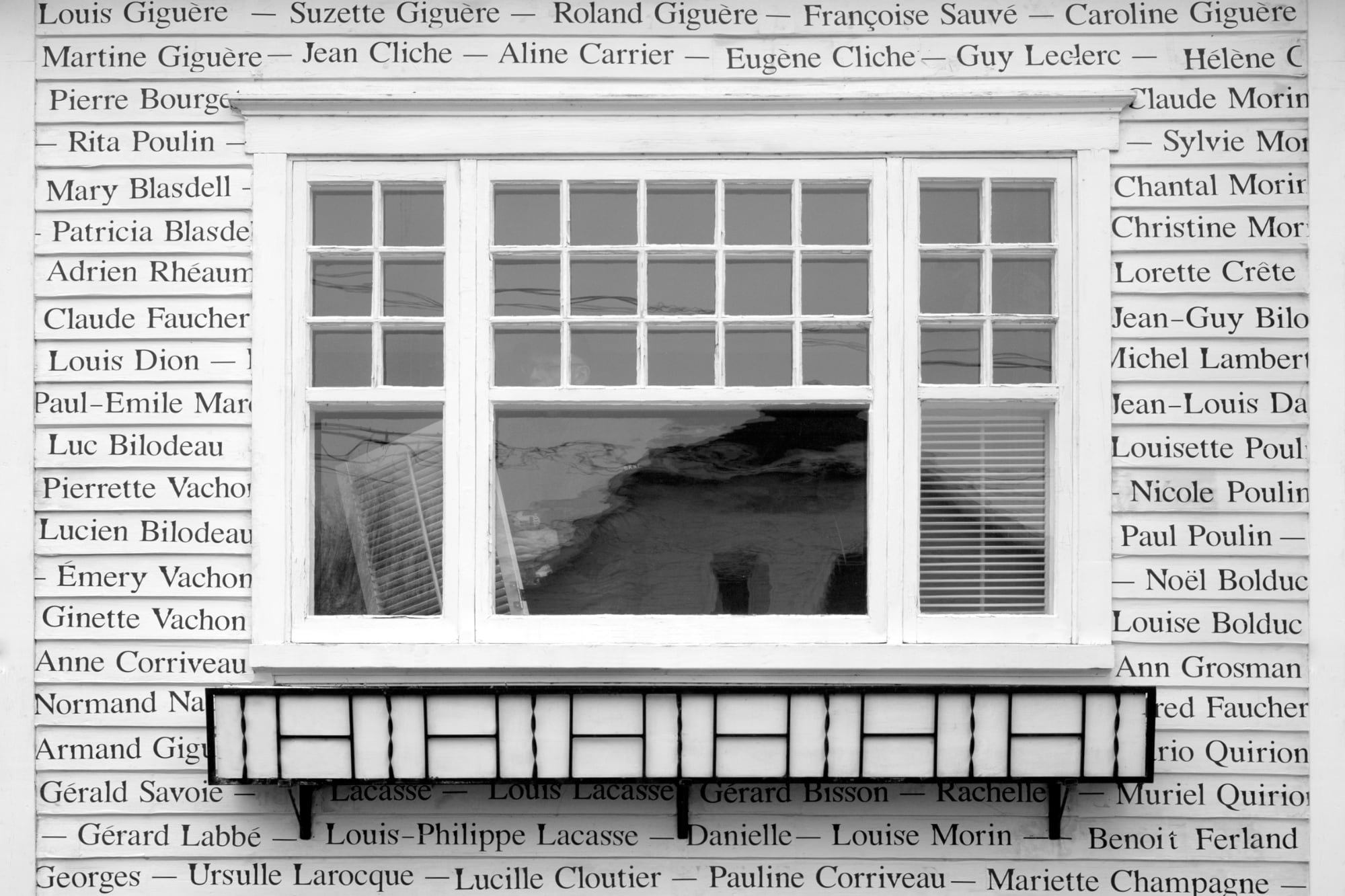 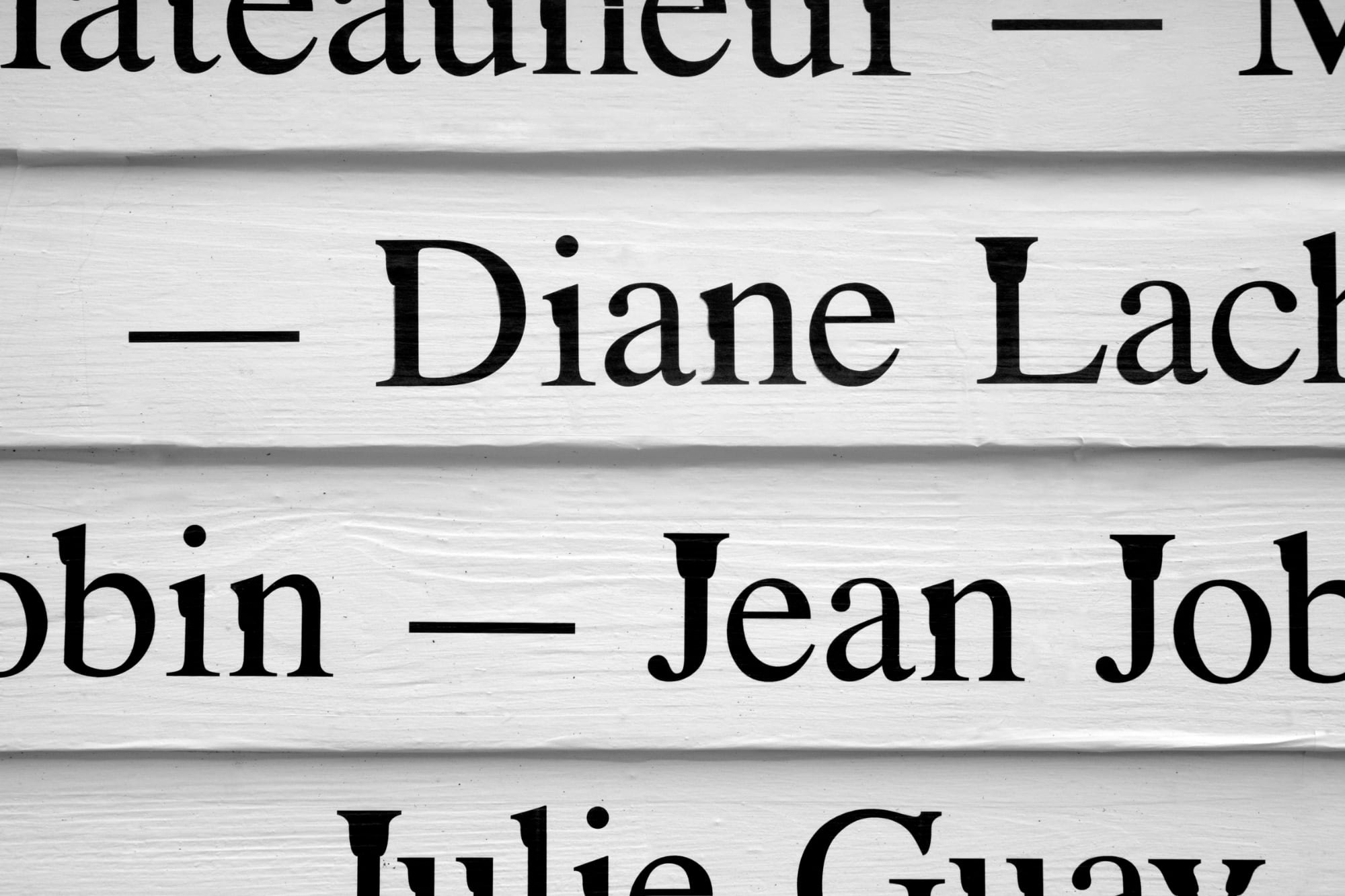 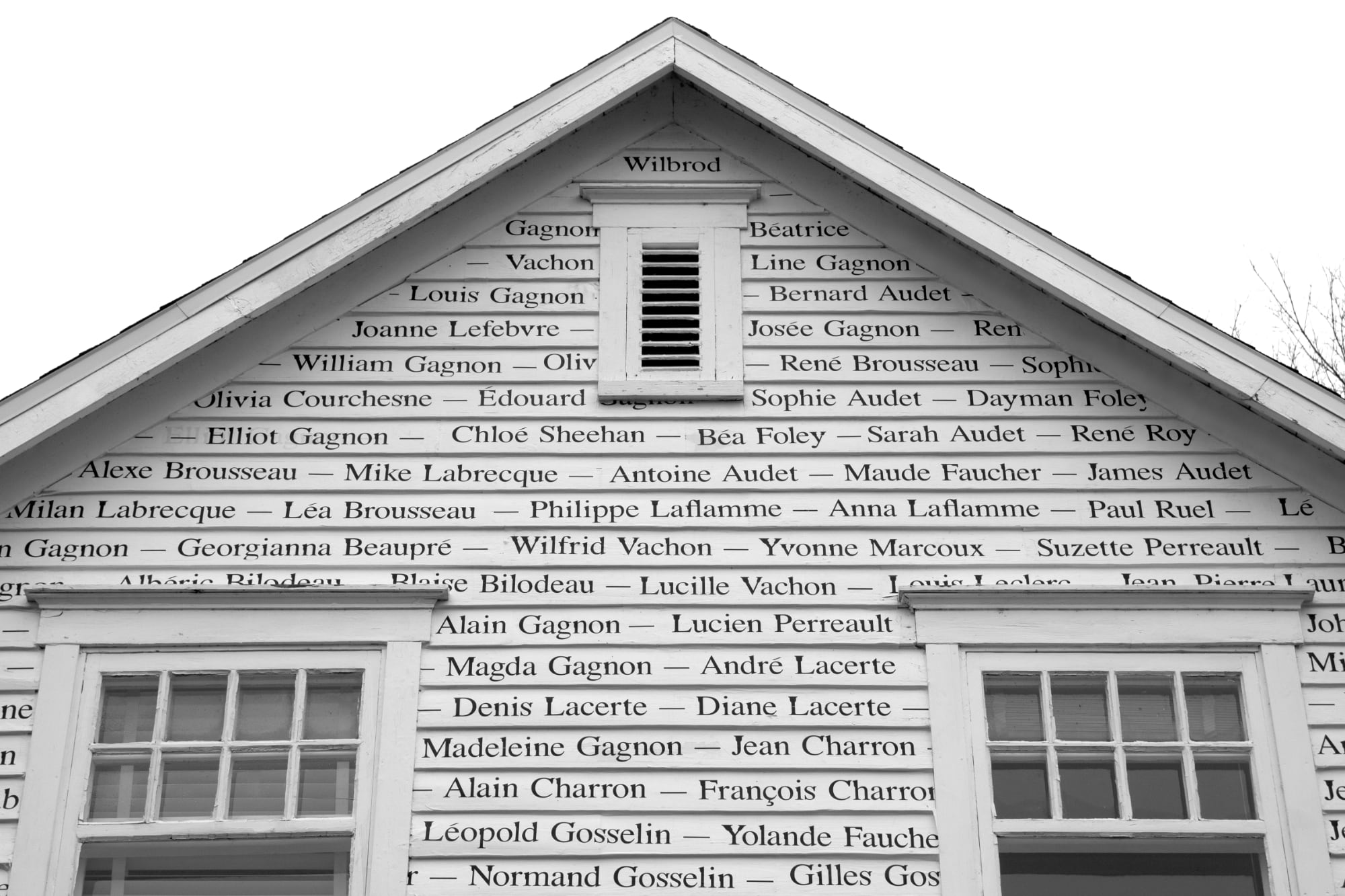 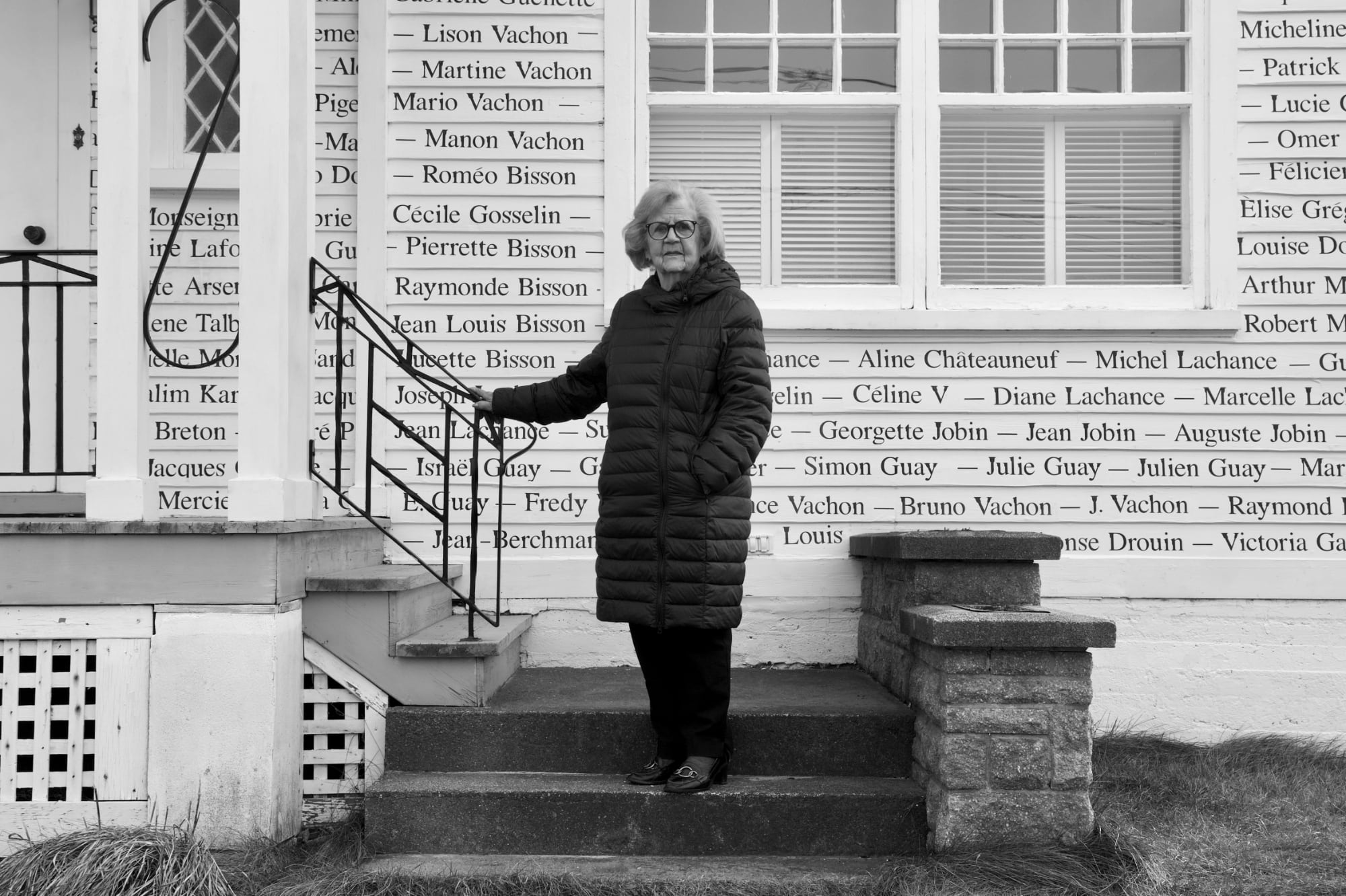 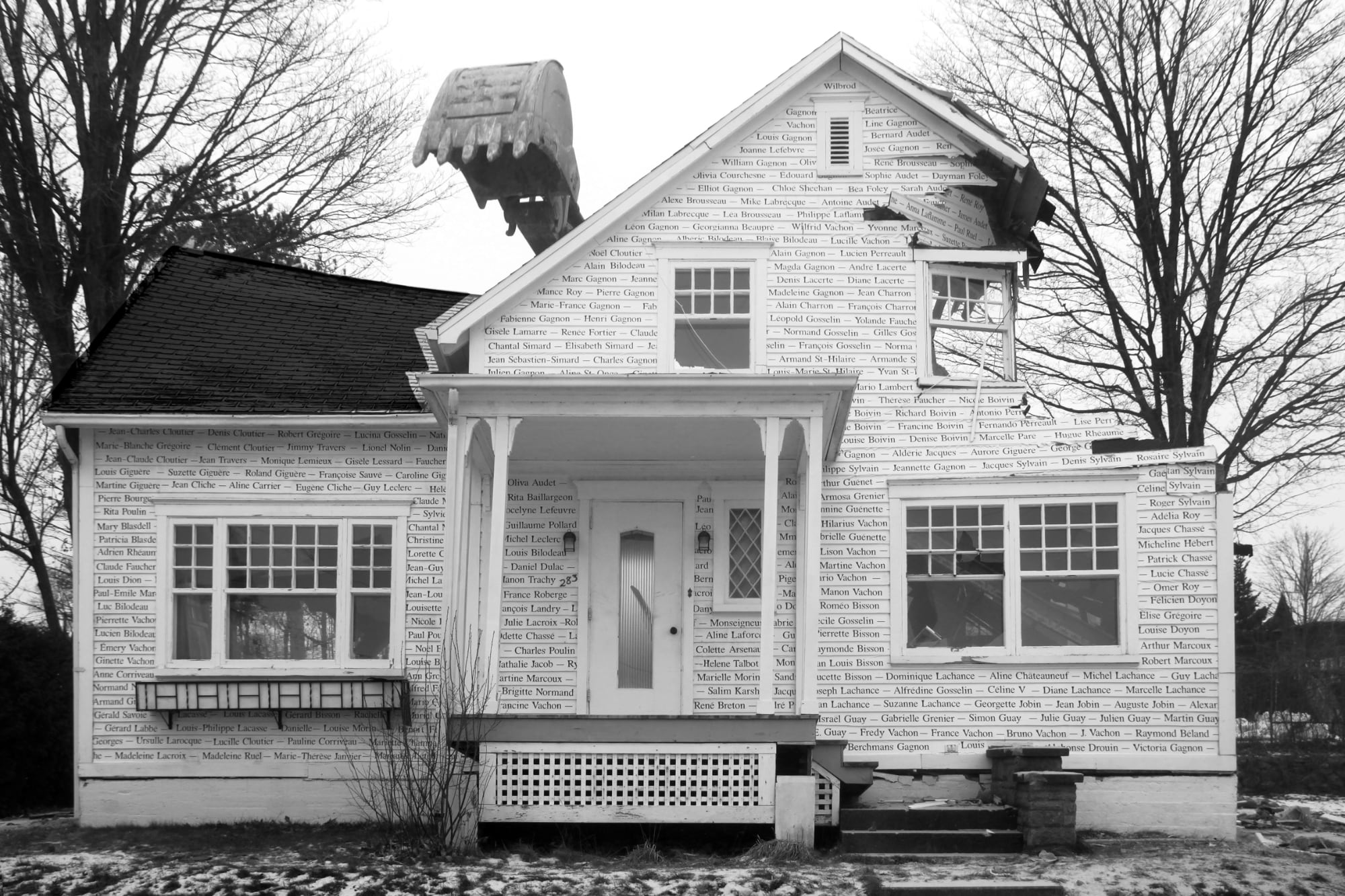 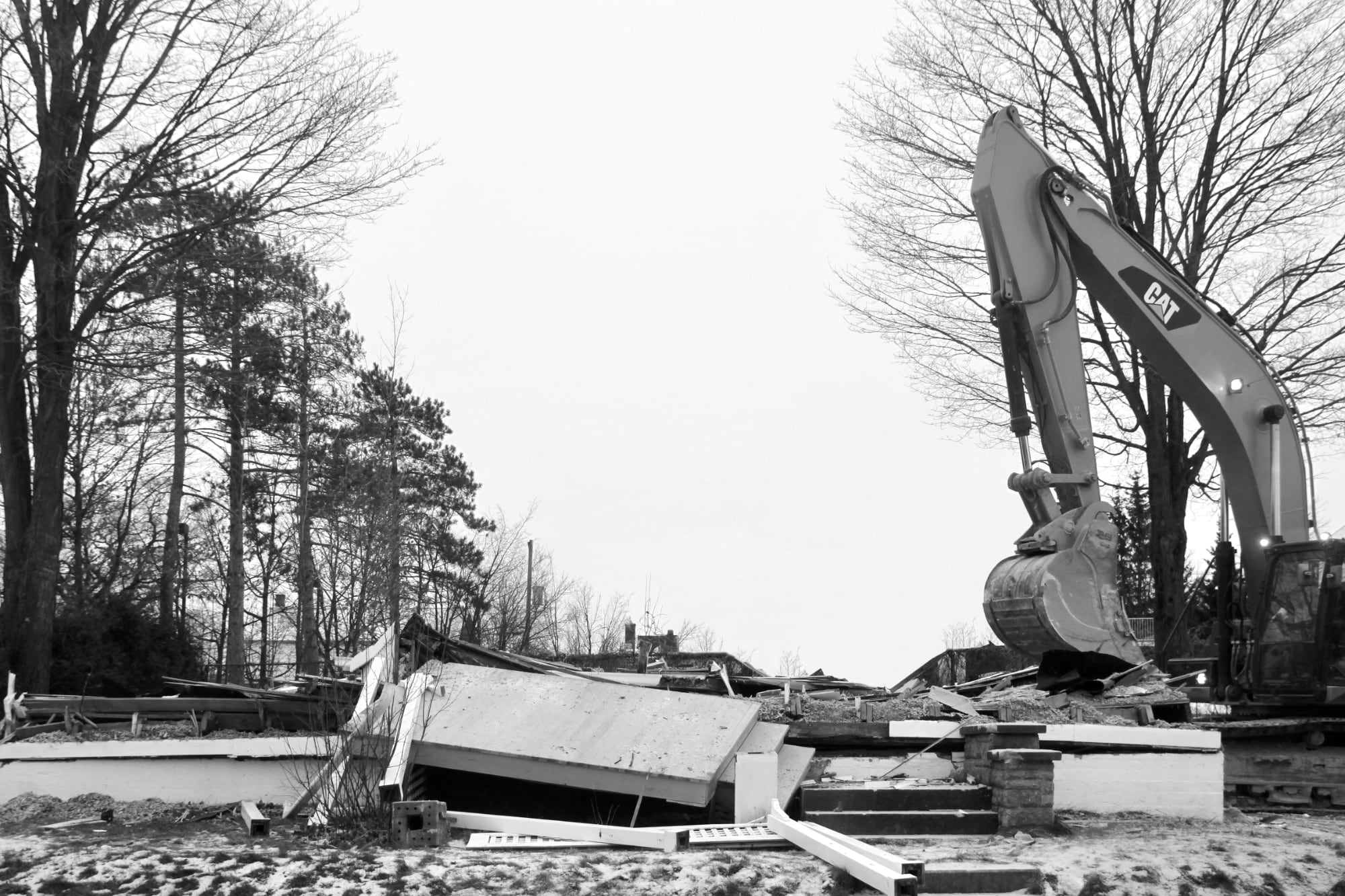